Despite their increasing popularity in previous decades as a unique, fashionable roof choice, cedar shake roofs have been outlawed by the City of Los Angeles due to their highly flammable properties as of January 2017. As a response to the rising risk of wildfires across Los Angeles County and neighboring areas, the Los Angeles Department of Building and Safety has deemed them a hazard to public safety.

If you are a Los Angeles area resident who either currently has a cedar shake roof on their home or is exploring options for a new roof installation, you should be aware of both the current restrictions and safety concerns surrounding this type of roof. This article will explore the dangers related to cedar shake roofs, the most recent building code changes surrounding them and even some viable alternatives that are permitted within these new guidelines. 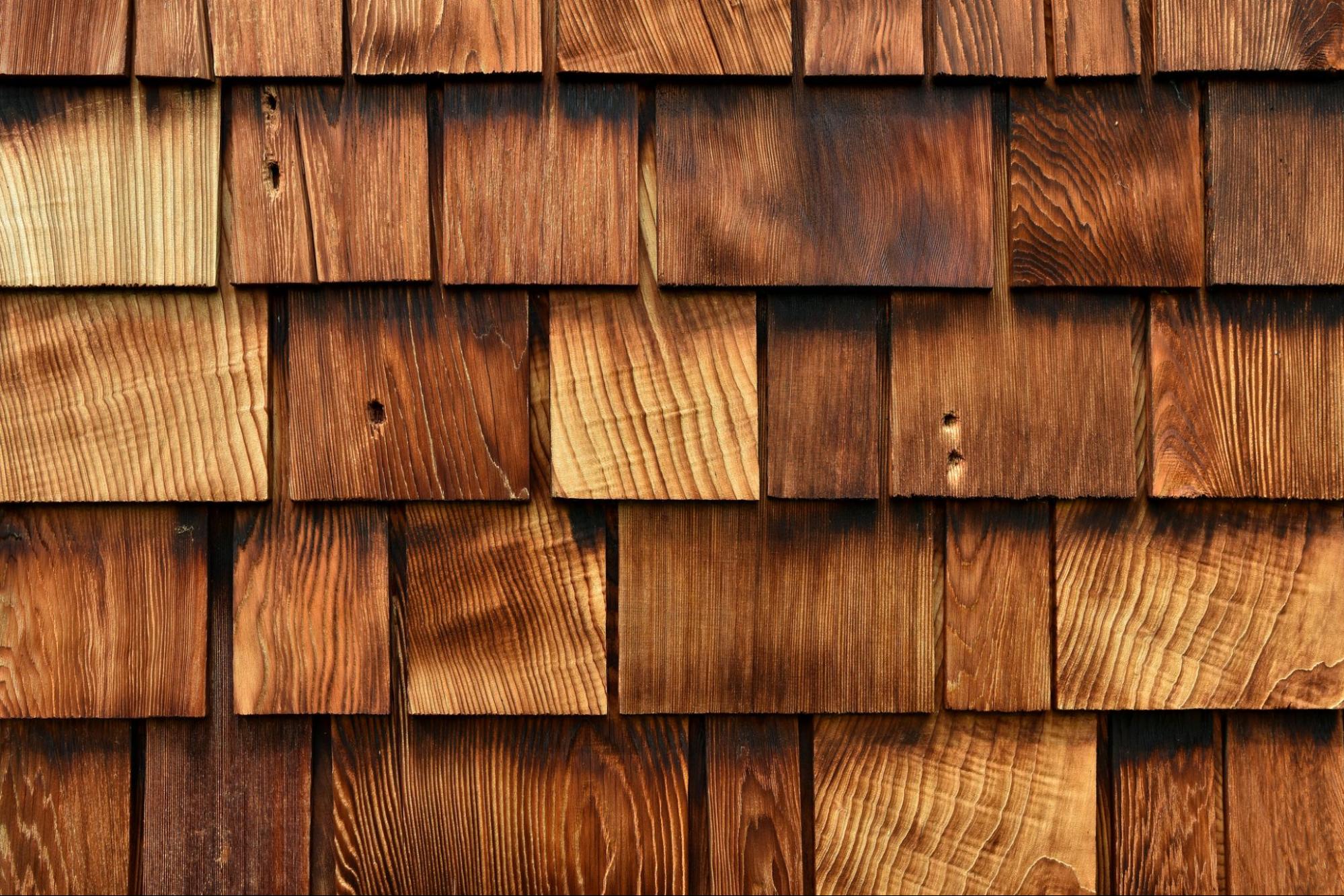 Cedar shake roofs are among the oldest roofing styles in the country. Their popularity saw a resurgence in the last 50 years due to the distinct aesthetic they provide a home with and the fact that each shingle, because they are cut from cedar logs, looks unique. They give homes a traditional look unlike any other roofing style in the past and help a home to stand out from its neighbors.

However, the same features that also make cedar shake roofs attractive to homeowners also make them an inherent fire safety risk. Wood roofs, especially when untreated by fire-retardant chemicals, are extremely flammable. Even wood shingles which are chemically treated are more vulnerable to the risk of fire than popular roofing alternatives like asphalt shingles, slate, or concrete. Their highly flammable properties are exactly what has caused them to draw such negative attention from both fire safety experts and legislators in recent decades. 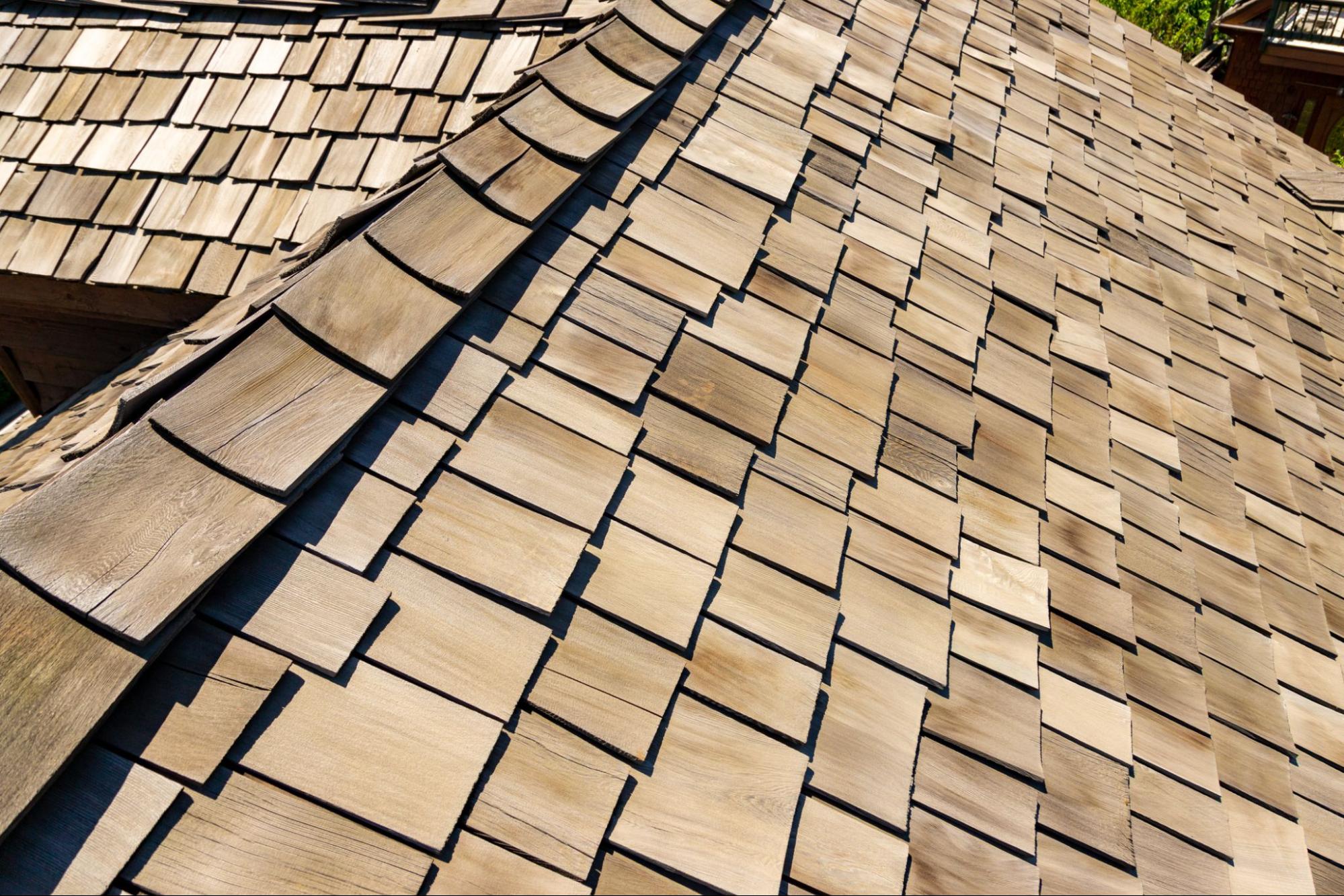 The effort to prohibit cedar shake roofs and other wood roofing shingles in California can be traced as far back as the early 1990’s. Following the 1992 fires in the East Bay hills area of Oakland, Assemblyman Tom Bales pushed for the prohibition of both untreated and treated wood roofs. After much debate, the ban was only applied to untreated wood roofs and was mainly focused on high-risk wildfire areas as these homes were most likely to be impacted.

It wasn’t for another decade that California State Building Code finally banned the sale of wood roofing materials. On January 1, 2001, the sale of wooden roofs was outlawed unless the product passed 5 of the 10-year natural weather testings outlined in the updated building code. Along with several additional requirements, Title 24 determined that wood shake roofing would be required to be treated with fire-retardant chemicals.

Since this measure was passed in 2001, the California Building & Safety division has been increasingly strict about enforcing this ban. As a result, all wooden roofs in California had to be replaced with a more fire-resistant alternative no later than August 2012. 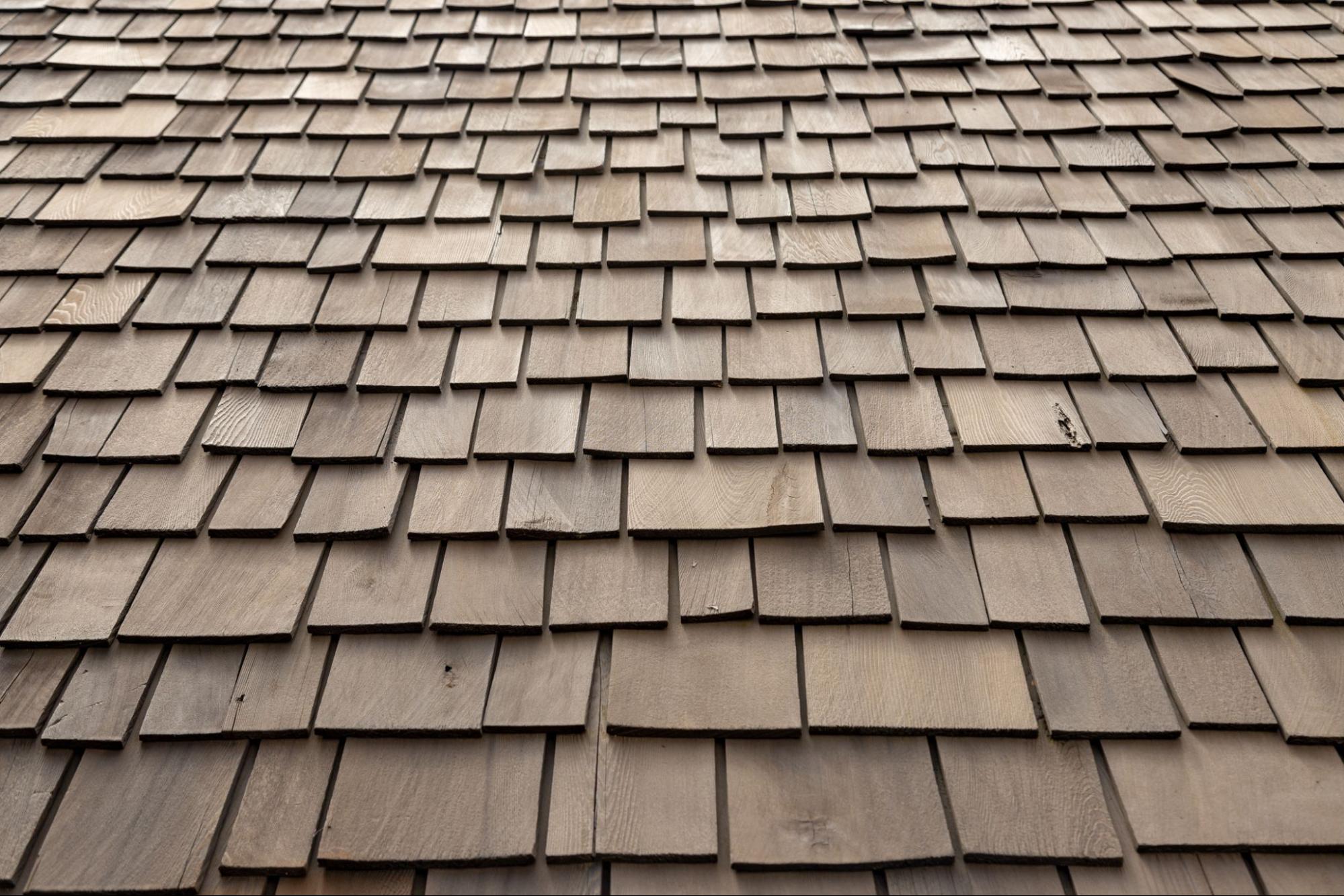 Though all areas of California are bound by the building code restrictions mentioned above, the city of Los Angeles has also taken additional measures to promote fire safety with regards to wood shake or wood shingle roofing. As of January 1, 2017, the Los Angeles Department of Building & Safety prohibits the use of wood shakes and shingles for roof repairs, reroofing and new roof construction. However, the one exception to this ordinance states:

“Repairs to existing wood shake or wood shingle roof covering, which are considered minor (up to 5% of the roof area), may be allowed with Class B wood shingles or shakes under a “Request for Modification of Building Ordinance”.

Homeowners will be considered for this exception based on the location of building in a fire district, the proximity to other structures, size of area to be repaired, and the purpose of repair.

There is good news for those homeowners who still covet that unique cedar shake roof aesthetic. There are a host of manufacturers who are currently offering synthetic cedar shake roofs that are fire-resistant, meeting California and Los Angeles building code restrictions, and offer that genuine wood look homeowners desire.

If you are looking for cedar shake roof repairs or reroofing, or you are in the market for a safe, synthetic alternative, the roofing experts at SoCal Green Roofing & Builders can help you explore your options. Our team has a firm understanding of the current roofing materials on the market today and can walk you through the various factors that go into choosing the perfect roof for your home.

Send us a message or give us a call at (866) 495-3621 and schedule your free consultation with SoCal Green Roofing & Builders today!

What You Need To Know About Sustainable Roofing Materials

Tips to Get Your Home Ready for Roof Replacement

5 Mistakes You're Making When Buying A Residential Roof

What You Need To Know About Sustainable Roofing Materials

Tips to Get Your Home Ready for Roof Replacement

Our mission at SoCal Green Roofing & Builders is to be your go-to roofing contractor in the Los Angeles area. We provide services throughout the greater Los Angeles area, Orange, San Bernardino, and Ventura Counties.